Sex is the city

It is approximately 35 degrees Celsius at first light as the Tuk Tuk’s start up their engines for yet another day of trade. The street stalls are unpacked and come to life with fresh smells of noodles, seafood and French crepes wafting through the thick smoggy air. Welcome to Thailand. Considered one of the most popular places for Australian tourists, second only to Bali, the Thai tourism industry can relax knowing a vast majority of the country’s profit is made from Australian tourism alone. 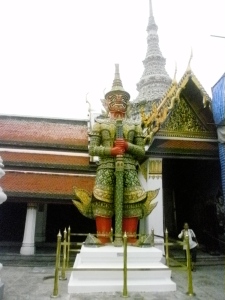 For the last thirty years, Bangkok, Ko Samui, and Chiang Mai have been labelled melting pots for cheap tourism as more and more budget travellers are making their way to the country for up to a month or two at a time. The attraction no doubt comes down to the cheap nightlife, cheap drinks (and for some drugs), the sex industry and the sun – unfortunately none of which include the countries unique historical and cultural aspects. Opportunistically for the Thai’s this means less money is required to be spent on the upkeep of cultural sites such as the Grand Palace and the Wat Arun temple, and for those few tourists who are travelling for a cultural experience, they merely pay near exploitative rates to enter these places – thus producing a win-win situation for Thailand.

This transition from cultural tourism to sex tourism is not a result of the Thai tourism board alone as there must be a demand in the first place, which is likely to have stemmed from the time of the Vietnam War. Today it is very difficult to walk down the streets of Bangkok or one of the beach islands and avoid some form of exploitation; whether it be the popular ‘buckets’ which comprise of a litre of alcohol mixed with sugar and red bull or a dramatic display of sex from the more than likely underage Thai woman or men as they are eyed by an audience of middle aged western men. It is shocking to see these scenes play out in plain sight on the street yet what is somewhat more disturbing is the enjoyment these men – a high percentage (drunk) Australians – are getting from what is on offer. 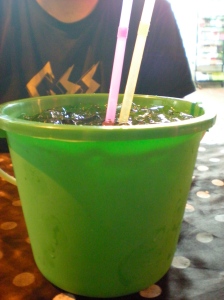 Despite being illegal, prostitution is regulated at best and although the concern of safety and health for all parties involved has flagged some concern, there has been no attempt to curb these behaviours. Of late, alcohol and drugs appear to be even cheaper than two years ago and the accessibility of sex has increased. Many women have been led to believe offering themselves to western men will result in a better life – outside of Thailand for their family and themselves. What is often the case however is an influx of western men moving to Thailand in order to gain the benefits of a cheap lifestyle that includes the authorities turning the other way.

In spite of this, life continues on in Thailand. Tourists come and go – spending their budget on what they consider to be a good time, what they remember from their holiday is unknown. Where and who their money goes to is also questionable nevertheless many Australians will continue to travel to Thailand every year and return learning nothing about the culture other than discovering the Pad Thai in Thailand is better than from the Thai takeaway around the corner from home.

← The Buffalo Slump
The coffee really is supreme →