Long flights and bus trips are just a given part of travelling, especially if you are an Australian. It is virtually impossible to travel anywhere within the country in under four hours so a journey overseas tends to take time. Of the many flights I have taken over the years, Australia oddly enough is not included in what I like to  call THE LONGEST DAY (or three) OF MY LIFE.

I was in Kathmandu, Nepal returning to India at the time of the Mumbai bombings in 2008 and although I was quite calm and relaxed; many travellers in Nepal were in a deep amount of stress. After confirming with my airline – in broken English – that I was in fact able to return to India, I headed off to the airport to see how far I could get. Surprisingly, I successfully travelled into Delhi in just under five hours, a little delayed, a little tired and a little cramped but I arrived nonetheless. For those who have had the privilege of travelling through New Delhi airport – you will know, nothing is easy to navigate. Signs are plenty, in Hindi, Nepalese, Arabic and English but one must question whether the sign pointing left to terminal four is in fact a reliable source. With 1.3 billion people living in India and more travelling through every year, no wonder the airport is chaotic. I arrived at the waiting terminal for travellers who, like me, were too poor to commute into the city of Delhi between flights. The terminal was moderately clean, sporadically air conditioned and contained a few select food outlets. This was to be my home for the next 15 hours and so I began to wait. In times like these, it pays to be prepared – finishing your book 30 minutes into the wait is not ideal. A fully charged iPod does not go astray and more importantly, have enough Rupees to see your hunger out. I successfully neglected all of these things and so I sat, and I sat and waiting… 14 hours to go… 12 hours to go… this may be a long night. 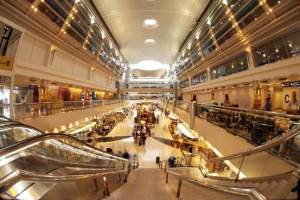 Travelling alone has its benefits but there is an array of annoyances along the way. For one, going to the bathroom with your entire luggage is by far the worst part of a solo expedition. With about 10 hours of waiting to go, I could no longer wait to go to the bathroom. I packed up my belongings around me and hauled my rucksack and backpack all the way to the bathroom, squeezing into a very small cubicle that had seen better days and all the way back again. My seat had been taken; in fact all the seats had been taken by the time I returned so I assumed a nice position on the floor, using my scarf as a buffer from the less than hygienic space around me. It was not long however until there appeared to be a large exodus of people. I believed it was as a result of many departing flights at once, in the wee hours of the morning but when I looked around, I was shocked to see an elderly Muslim man dressed in traditional, white clothing, sitting in the middle of four rows of empty seats. When I looked around, everyone was staring at each other, looking left to the doors behind us, looking down to avert eye contact. I promptly got up from my camping space on the ground and moved in next to this nice man that merely smiled as I sat down with a seat between us. With five hours to go, I managed to scrounge together enough cash to buy some KFC (yes, I know, I’m sorry too) and finally made it through the two-hour security check in and onto my Jet Airways flight.

That really is the Himalayas from the Indian-Nepalese boarder

At this point little did I know I was merely a third of the way through my journey to New Haven, Connecticut. After a long, sleepless night at Delhi Airport, the nine-hour flight to Brussels felt far less despite the assortment of smells and sounds around me throughout the flight. My time in Brussels was indeed brief as I disembarked the plane, walked out into the terminal, though a security checkpoint, collected my bags and through another checkpoint (getting stopped for a drug test along the way) and around in one big circle and back onto the same plane an hour later. With nine more hours to JFK I thought the worst was over. Arriving less than fresh faced into JFK at 3pm the following day, I was relieved to be on the ground. Unfortunately, it would have been easier to jump on the plane and back to India. I would spend the next three hours on the floor of one JFK terminal convincing multiple customs officers that I did not have anything illegal from India in my luggage and if they would like to search all of my belongings including my dirty underwear pocket, and comment on how smelly my rucksack is after four months of backpacking through Asia, yet again to check, then they would be more than welcome to.

Finally after convincing the customs officer of my innocence I made my way via BUS into Grand Central in the crisp December air and bordered the train to New Haven with all the out of town Christmas shoppers. Some further three hours later, I arrived at my destination. I smiled at my friend and collapsed at her feet.

Best sleep I’ve ever had.
thanks to http://christianne-kellett.blogspot.com.au/ for the image

Category : North America, Travel
Tags : 52 hours of travel, frisked at JFK, to India and back again

← What is culture? Who wins, and who loses, as culture globalises in China?
The delightful history of Toronto… and the lure of the backpacker →

One thought on “The long haul flight… backpacker style”